Chichen Itza is located about 115 kilometers towards the east of Yucatan State. It is also said to be located 196 kilometers towards the west of Cancum Resorts. Chichen Itza is regarded as one of the best restored and amusement archeological sites in Mexico. It has just a few interruptions and has been used as a sacred place for over 700 years now. By the beginning of the 11th century, this destination became a center for political and also religious functions during the era of the Mayan Empire. This destination boasts of attracting over a million visitors every year. If you are on a holiday in Yucatan Peninsula, I suggest you take a trip to the Chichen Itza. 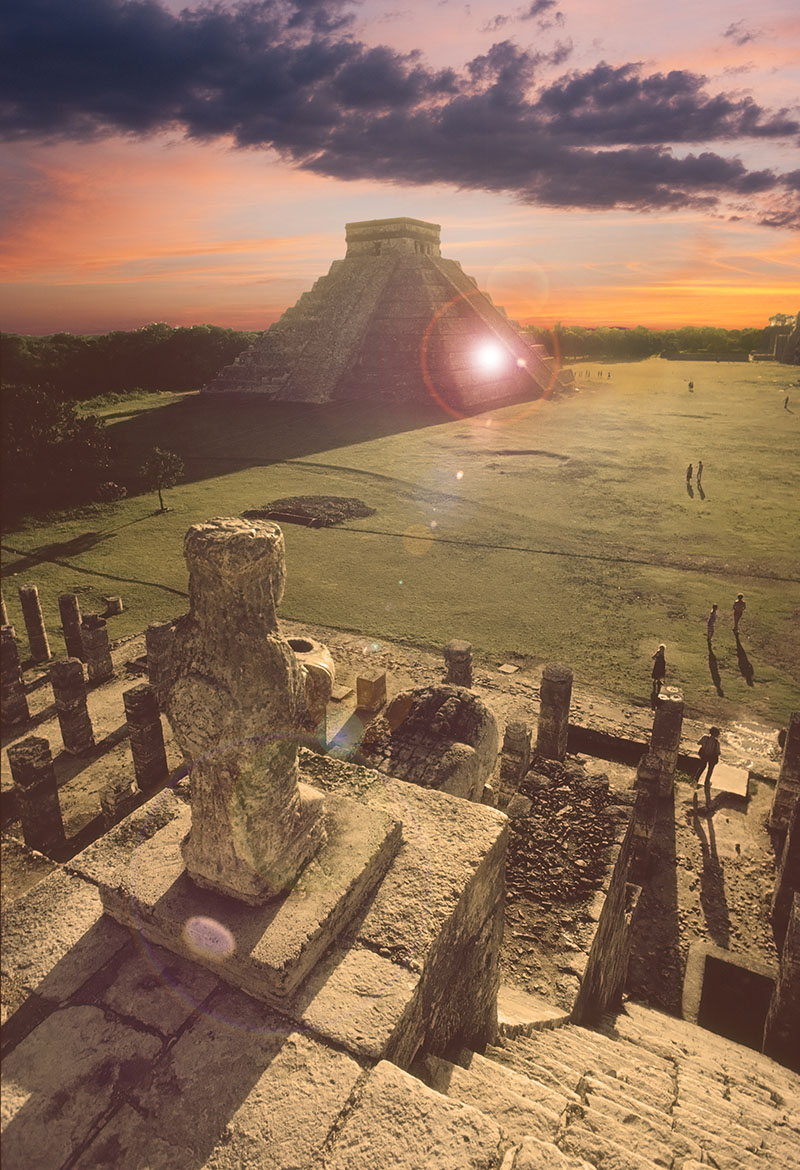 Chichen Itza was founded by the Mayan tribes around 450 AD. This destination was also occupied by the Toltec tribes during the 7th century. It covers about 8 kilometers squared. Take a ride to the Chacmools of the Northern Ruins and enjoy magnificent views of the popular Chacmools and statues. The Toltec statues are also interesting to view as they represent warriors of the Toltec tribes.

The Pyramid of Kukulkan, also referred to as the El Castillo was established based on the astrological rules. It rises 30 meters above sea level with four sides that offers a classic appearance. Some of the features you can never miss to notice at this destination include the four stairways and terracing with nine tiers. There are also a number of large heads belonging to the serpent which lead to the Temple of Kukulkan. During the equinox, this destination becomes a center for a variety of shows that offer an unforgettable experience.

Do not forget to tour the Temple of Warriors which contains a number of spacious halls with columns. There are also the atlantes statues that offer you an insight of the beautiful archaeology of this destination. There is no complete tour at the Chichen Itza without touring the Hall of the Thousand Columns which is located to the north of the Temple of Warriors. In the past, this hall was used as an indoor market place. People used to assemble at this center during special events too. Now head to Temazcalli and enjoy a lasting steam bathing experience.

Finally, take a ride to Cenote Sagrado, also referred to as Sacrificial Waters. It includes a round hole, about 82 meters deep. The waters at the edge of this hole were used for ritual purposes and also during droughts. Human sacrifices were also thrown into this hole. A research done between the year 1904 and 1907 revealed that over fifty human skeletons were discovered in this hole. Do not be scared by the name. You will learn more about the rituals of the Spanish Conquest at this destination.