Healthy advices for a Swiss vacation

There are too, many cultural and historic attractions.

Due to its mountainous relief it is a real paradise for the winter sport lovers.

In the following rows we try to present you some information in order to get you familiar with this country.

It has borders with Germany, France, Italy, Austria and Liechtenstein.

In Switzerland they speak four languages: German in the north and center of the country (64%), French in the West (19%), Italian in the south (8%) and a small community in the canton of Graubünden southeast speaks a special dialect. 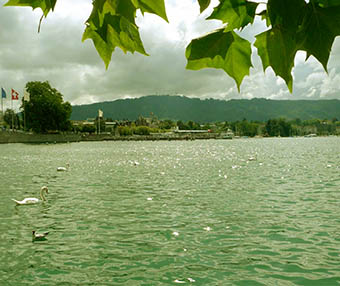 Swiss landscape is characterized by a high mountain range located in central-southern area of the country.

Between the peaks of the Swiss Alps, Dufour Peak, with its 4634 meters, is the highest.

From this area spring some of the main rivers of Europe, Rhine, Rhône, Inn, Aare or the Ticino, that binds to several alpine lakes such as Lake Geneva, Lake Zürich, Lake Neuchâtel and Lake Constance.

Switzerland’s only national park, the “Swiss National Park“, was created in 1914 in the south-east of the country. It contains coniferous forests, mountain grasslands and a very impressive and harsh mountain landscape.

The northern part of Switzerland, the most populous, is lighter, but has many mountains of average height.

Berne, the capital of Switzerland:

Berne is the capital of Switzerland and at the same time, the capital of Bern canton. The official language is German but there is also a minority francophone.

Bern Observatory is the origin of Swiss coordinate system.

Bern’s city center is situated on a peninsula formed by the river Aare, but in the nineteenth century new districts accessible through high bridges, were formed across a river.

In Switzerland there are three main areas:

– Swiss Alps covering 58% of the country, throughout the southern, central and eastern Switzerland.

– Jura Mountains covering 12% of the country. In their valleys, much different from the alpine ones, was developed a specific Swiss economy.

– Swiss Plateau Le Plateau Suisse -or plateau Mitteland (Switzerland Middle) Country is located between two chains of mountains, an area that takes the remaining 30% of the country.

All groups of Switzerland mountains are characterized by the presence of glacial relief, alpine-type glaciers, glacial basins and valleys, plus moraine deposits and a specific relief, generally influenced by limestone presence , developed on dolomite- the limestone Alps (Kalkapen).

Jura Mountains lie from the north of Lake Leman to the Switzerland, North Eastern side in the region between the Rhine and Acar.

The mountains with their snowy peaks are with not doubt the Switzerland main attraction due to their wonderful landscape and to their facilities for winter sports.

In Switzerland there are 74 mountain peaks exceeding 4000 m altitude, 19 of them situated on the border with Italy.

In Walliser Alps there are a total of 12 peaks, representing the highest mountains in Switzerland. The highest peak in Switzerland is Dufourspitze (4634 m) of Monte Rosa massif.

The central geographical location of Waliser Alps, surrounded by the Alps Mountains, is the reason for its mild climate.

This climate has helped the forest, that here rise here to higher altitudes.

Swiss Climate is temperate, but can vary, depending on the region, from the harsh climate on top of mountains to the pleasant climate, Mediterranean in the south.

Swiss topographic relief structure has about 1,500 glacial lakes (formed during ice age in Europe). After size the main are:

– Lake Constance (Lake Constance) with an area of 536.00 km ² located on the border with Germany and Austria, the Swiss territory is only 23.73%,

– Lake Maggiore at 193 m altitude (the lowest place in Switzerland) is 19.28% on Swiss territory, the rest in Italy – check villas in Italy

Although Swiss cuisine has its own dishes, it is influenced by German, Italian and French cuisine, as well as the canton Graubunden one. There are four distinct linguistic regions, each with its special cuisine and dishes. Unlike other cuisines, the Swiss one is not known for delicacies.

Switzerland has long been a country of farmers, hence the base of the Swiss cuisine are: meat, potatoes and cheese – Rosti, Fondue, Raclette (grilled cheese over boiled potatoes with various spices).

Switzerland is a country where chocolate is very appreciated, being considered the best in the world! So it seems natural to associate Switzerland with cheese and chocolate.

The whole world is talking about the delicious cheeses of Switzerland and about the finesse of Swiss chocolate.