Classified as a “marine mammal” because it stays many months at the sea, every year, polar bears cover large distances on land. The so called “Arctic ring of life”, consisting of annual sea ice and the space among Arctic Islands at the limit areas between ice and water is the habitat of polar bears. 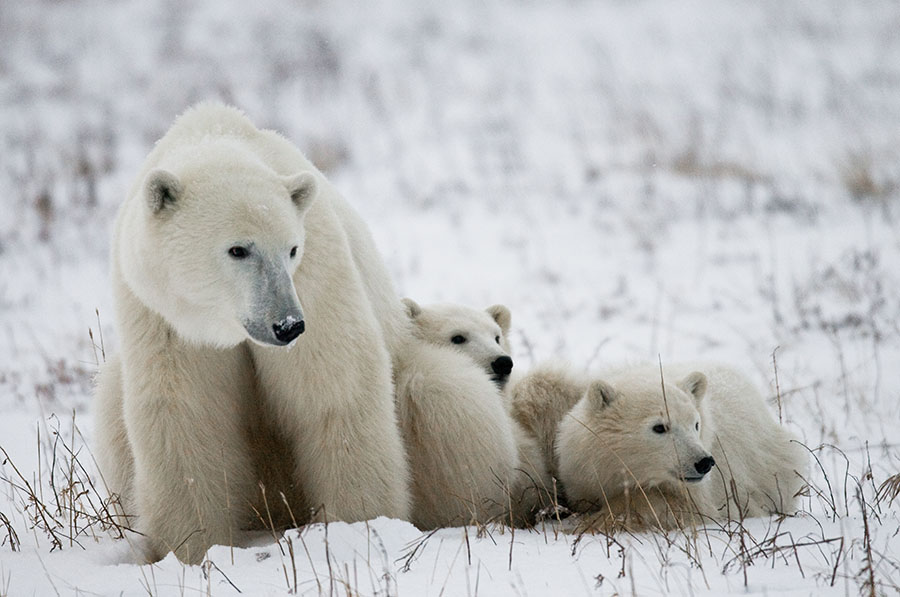 Every year by the end of November lot of male polar bears and mothers with cubs can be seen waiting for Hudson Bay waters to freeze for starting seals hunting. They are very curious and approach the cars looking for food.

During the summer months in the Churchill area are organized trips for watching polar bears, birds, belugas, wolves and moose. 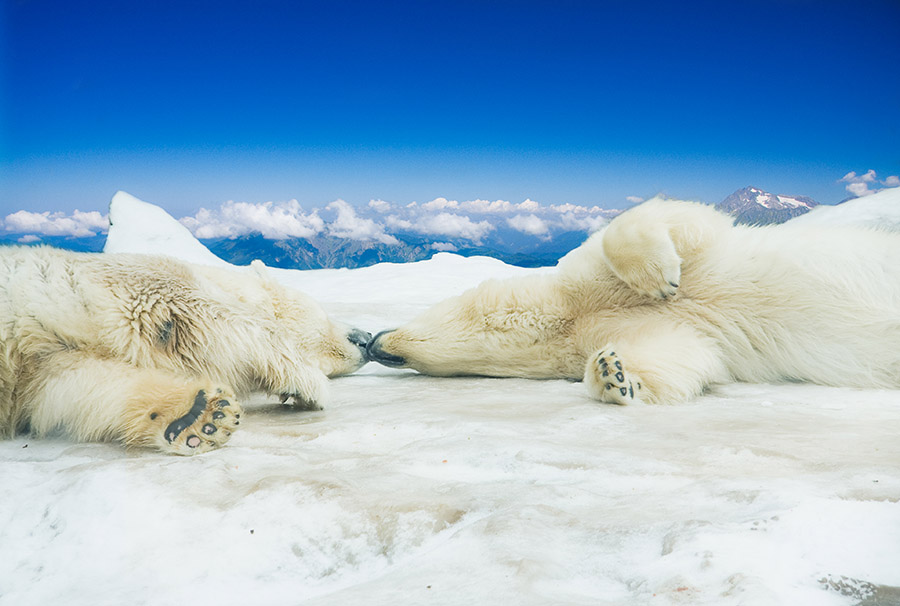 The brave ones can choose for an Arctic safari in Arctic Canada, camping on the frozen sea ice, climbing icebergs, kayaking and watching thousands of birds, seals and polar bears including mother bears with their cubs.

From May to September if you go in a cruise around Svalbard Island, you can see the polar bears stuck on land after they missed the departure of ice. They roam the shores looking for food.